Well, I had to squeeze in three write-ups on the final day, but I completed my Tim Burton Retrospective, watching and writing about nearly every film that the director has made over the last two decades or so, just before he kicks off another one tomorrow with Alice in Wonderland. 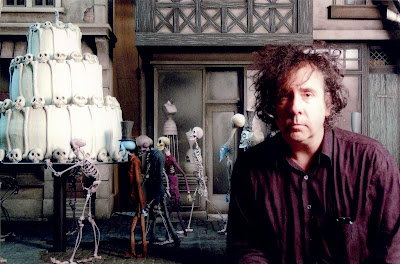 So without further ado, here are the films covered over the last week-and-a-half, rated from 1-12. (And feel free to drop your own list or opinions in the comments section.)

* - Was not covered in the retrospective due to time constraints.
Posted by Chase Kahn at 10:13 PM