I read this list last week when Entertainment Weekly hit my mailbox, but I forgot about posting it until now. Without a doubt, one of the most dumbed-down, childish and ridiculously scatter-shoot Top Ten Lists of the year always seems to come from Mr. Stephen King. This, my friends, is his masterpiece. Enjoy: 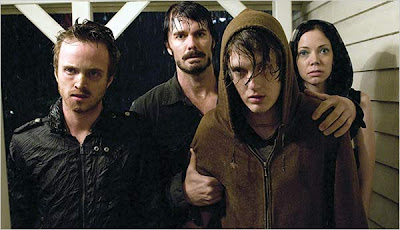 In conclusion: No wonder this guy hated "The Shining." Stephen, hang it up, pal.
Posted by Chase Kahn at 8:40 PM