Meanwhile, the 2010 movie season gets cranked up this Friday in what should be an interesting first couple of months. A lot of releases in February and March are big studio films pushed back from the Oscar season ("Green Zone," "Shutter Island") mostly as a result of studio funding and the bare production slate from the writer's strike a couple years ago. 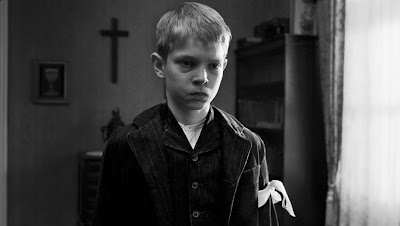 Plus Sony Pictures Classics decided to hold Jacques Audiard's "A Prophet" until 2010, a film that already has a unanimous critical following after debuting at Cannes in May. I'm ready to wipe the slate clean and start over, I just wish these 2009 releases were closer to - you know - 2009. The same thing happened last year when I waited for Steven Soderbergh's "Che."
Posted by Chase Kahn at 11:45 AM