It's a lazy Monday afternoon for me, but this story in response to the PGA's decision to award The Hurt Locker its top prize yesterday has me more than a little peppy, reinvigorated. Hollywood Elsewhere's Jeff Wells highlights the across-the-board skepticism being shown by numerous awards pundits in regards to Avatar as a shoe-in Best Picture winner. 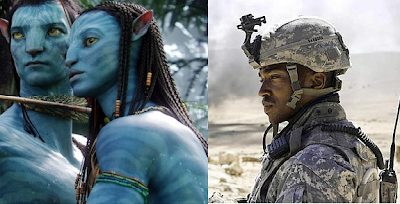 With the PGA awarding it their film of the year, it is viable and completely rational to assume that some of the other guilds and voting bodies will embrace it as well, and The Wrap's Steve Pond agrees. Or maybe everyone is just grasping at straws, trying to stir the pot, wishful thinking, etc. After all, it's $600 million vs. $12 million.