According to a report from Jeff Wells' Hollywood-Elsewhere blog, James Cameron's "Avatar" will be released on home video in its original form of over 4 hours long! This "Director's Cut" will include more scenes of Sigourney Weaver (yay?), more Jake Sully killing animals on Pandora (umm...) and of course, the big Neytiri-Jake sex scene (yeah!). 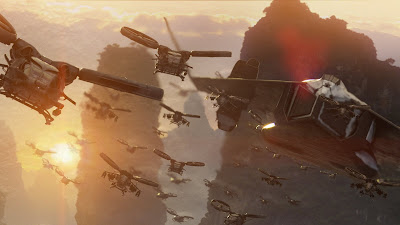 This is coming on the heels of a couple of weeks ago where Cameron stated that an initial 2D-Blu-ray version would be released after the standard 5-6 months window (theatrical-to-home video) before a 3D-Blu-ray version would be released later in the year to be compatible with the new 3D TV sets that should be widely available at that time at an unaffordable price level, no doubt.
And without question, Fox is going to "Watchmen" this thing to death on home video with multiple releases throughout next year and it should be the #1 reason for most consumers to bite-the-bullet and buy a 3D TV next fall - at least the manufacturers hope so.
Posted by Chase Kahn at 10:19 AM