So yes, Platinum Dunes' A Nightmare on Elm Street (that's the production house of Michael Bay, if you didn't know), easily won the weekend with a $32 million opening, but considering it took in $15 million on Friday and dropped 33% on Saturday and then 45% on Sunday. 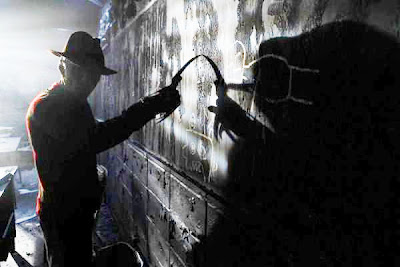 This is exactly what happened last year with the other abysmal Platinum Dunes remake, Friday the 13th. That film dropped a staggering 80% the next weekend. With Iron Man 2 on the horizon, expect the drop with A Nightmare on Elm Street to be similar.
Posted by Chase Kahn at 12:20 PM