20th Century Fox: "We've Got Nothing"

Just a day after announcing another Ice Age sequel, 20th Century Fox has just green-lit a Planet of the Apes prequel. If this isn't a sign of admission that the studio is dismally low on ideas, I don't know what is.

I guess the only thing the project has going for it is the fact that Tim Burton (who directed the abysmal 2001 remake), is nowhere to be found, with the young English director Rupert Wyatt (The Escapist) set to helm this prequel which will apparently release sometime next summer. 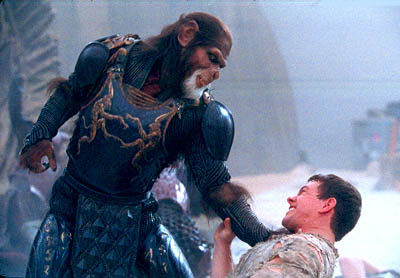