Movie City News' Noah Forrest brings up a good point in a week old 8.22 post that I've been thinking for a while now but haven't really said out loud and that is that Matt Damon seems grossly under-appreciated in terms of awards potential and serious acting chops.

Forrest uses Steven Soderbergh's The Informant! as his launching point, claiming that his Oscar nomination should have come from that film opposed to Clint Eastwood's Invictus and I completely agree. 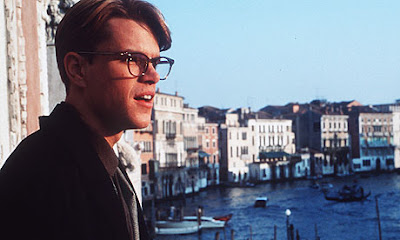 It also goes back to films like The Departed and The Talented Mr. Ripley in which Damon gives, in my estimation, two tremendous performances that were largely ignored - the former saw Damon excluded from almost any awards season participation despite the fact that it won big at the 2006 Oscars.
Posted by Chase Kahn at 10:57 AM