Shooting on Martin Campbell's Green Lantern (Warner Bros, 6.17.11) just wrapped up yesterday, but now word comes down of Michael Goldenberg being hired to pen the script for a sequel. 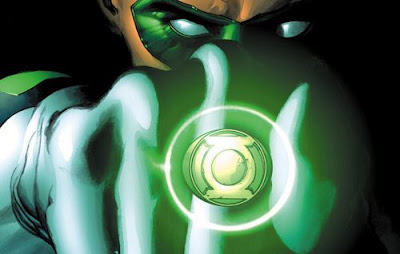 With all of the bad buzz surrounding this thing out of Comic-Con - what's up with the costume? Where's the footage? What's with all of the mustaches? - this is a surprising announcement almost a year before the first film will hit theaters. This is not Superman, it's not Batman - it's a wild-card. I guess it doesn't hurt to get the script process rolling, but it's certainly unusual.
Posted by Chase Kahn at 1:44 PM