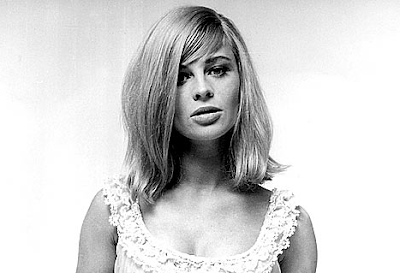 Hard to Find
"Far From the Maddening Crowd" (1967) - This adaptation of Thomas Hardy's novel is a 3-hour rural English period drama starring Peter Finch, Terence Stamp and Christie. It was a huge flop critically and financially and was one of director John Schlesinger's major missteps, but Nicolas Roeg's cinematography and the film's tumultuous and fiery shoot make it a must-see. Metro-Goldwyn-Mayer, 169 mins; 5:00pm ET.

"In Search of Gregory" (1970) - A notorious failure in 60's experimental cinema, Julie Christie plays an heiress who obsesses over and seeks out a mystery man whom she meets at a wedding. British theater vet Peter Wood directs this supposedly vapid yet intriguingly bare film which was universally reviled upon its release - you won't get many chances to see this. Universal, 90 mins; 9:45am ET.

Essentials
"Doctor Zhivago" (1965) - Too easy, right? The film that pretty much shot Christie to stardom was this David Lean epic, a milquetoast love story set against the backdrop of the Russian Revolution. Klaus Kinski shows up to save the day, but Lean's filmmaking is so pure and majestic, we don't really need him. Metro-Goldwyn-Mayer, 197 mins; 1:30pm ET.

"Darling" (1965) - Along with Zhivago, winning an Oscar for this John Schlesinger drama about the allure of celebrity took Christie to the summit of Hollywood stardom. The film almost shut down due to financial stress, but it went on to become a big success. Embassy Pictures, 126 mins; 9:45pm ET.
Posted by Chase Kahn at 9:46 PM