Geoff Bucher's Hero Complex blog over on LA Times describes the feelings of the British filmmaker as he caught a Sunday matinee of Inception only to be disappointed that a few of his ideas for his X-Men reboot/prequel were up on the screen. 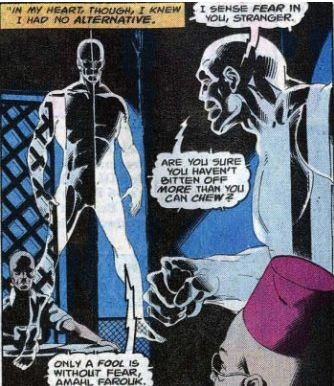 Apparently Joseph-Gordon Levitt's tumbling, zero-gravity hallway sequence was a little too close to home for Vaughn, who had planned to shoot an action set-piece involving young Professor X (James McAvoy) in which he would take on some evil mutants through "spinning rooms" and "physics-bending imagery". Whoops.

Vaughn did love the film, however, and I have to say that this article has me looking a little forward to X-Men: First Class. It's nice to hear that the filmmakers are exploring new ideas and seemingly unsatisfied with anything less.
Posted by Chase Kahn at 11:05 AM