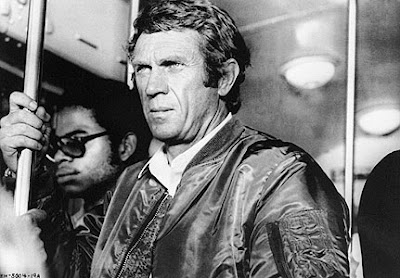 Hard to Find
The Honeymoon Machine (1961) - Richard Thorpe takes a break from directing Robert Taylor and Stewart Granger in MGM adventures and leads a young, pre-iconic Steve McQueen in this rare comedy that the actor himself would later disown for his blatant "overacting" - sound fun! Metro-Goldwyn-Mayer, 87 mins; 10:15am ET

Essentials
Bullitt (1968) - TCM's schedule is unfortunately loaded with the usual, but Bullitt is one of those films that never gets old. Yes, the 8-minute car chase is a mini-masterwork in itself, but its the overall pervasive mood of this solemn, deadpan crime thriller that leaves the biggest impact - probably McQueen's most iconic film role. Warner Bros, 115 mins; 10:15pm ET

Junior Bonner (1972) - One of Sam Peckinpah's most underrated and certainly one of his gentler films was this rodeo-western about a washed-up cowboy who returns home to his fractured family. There are no violent eruptions here, but the jagged, slow-motion editing and themes of modernity vs. tradition keep it right in line with the auteur's filmography. Metro-Goldwyn-Mayer, 100 mins; 12:15am ET
Posted by Chase Kahn at 8:23 PM