Even though I have frequently disagreed with the Chicago-based legend Roger Ebert over the past decade or so, this Chris Jones Esquire piece puts everything in perspective. Ever since being diagnosed with thyroid cancer in 2002, Ebert has been in slow decline - replaced on "At the Movies" by close friends Michael Phillips and A.O. Scott and now barely able to sit through feature-length films or even speak.

The article is humbling, and regardless of my views toward Ebert's writing from time-to-time, it's sad to see one of the top American film critics of the 20th century wilting away. 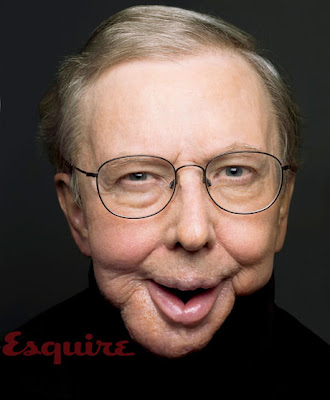