Well, I went 32-for-35 on my predictions posted last night, although I would imagine that a lot of people were in the same ballpark since there were few surprises in the acting categories and other majors (I didn't even bother attempting screenplay). 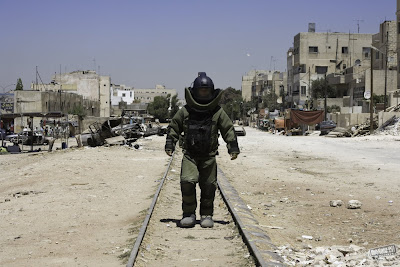 Overall, John Hillcoat's The Blind Side was the wildcard Best Picture nominee that everyone is talking about - pushing out Clint Easwood's Invictus. I haven't seen the Sandra Bullock weep-vehicle yet out of sheer disinterest. Netflix.

I'm happy for Neill Blomkamp's District 9 (which I've come to appreciate more on Blu-ray) and, of course, the Coen Brothers' A Single Man. Both films also received screenplay nods in their respective categories, as well.

The only category that threw a few curveballs was Best Supporting Actress, where Maggie Gyllenhaal squeaked in for Crazy Heart and Penelope Cruz got in for her hooker show in Nine over my beloved Marion Cotillard who was one of the few bright spots in an otherwise forgettable film.

So that's it. For a comprehensive list of the nominees, head over here. Oh, one more thing! I'm so pleased to see that Leona Lewis' "I See You" failed to get a nomination for James Cameron's Avatar in the Best Original Song category. Amen. Let's all bring home The Hurt Locker for Best Picture in a month and call it a year.
Posted by Chase Kahn at 9:32 AM