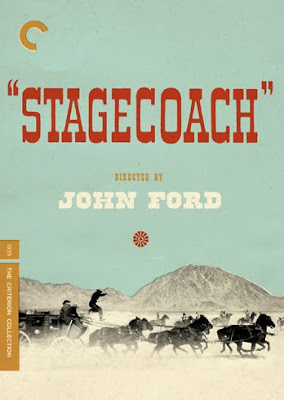 I love studio-era Hollywood on Blu-ray, and although John Ford's Stagecoach (1939) was originally distributed by United Artists, it's close enough. Easily a landmark western, not only in Ford's personal canon but in the genre as a whole, Stagecoach is known for its blistering stunt-man extraordinaire climax and as the launching point in the career of John Wayne and his union and partnership with the legendary John Ford.
Criterion releases the DVD and Blu-ray on May 25th. Love the artwork.
Posted by Chase Kahn at 5:19 PM