Tomorrow morning at 5:30am PST, the 2009 Academy Awards Nominations will be announced, and I'm here to throw together my best guess and see what happens. The really interesting thing this year will be what films sneak into the Best Picture race with the expansion to ten nominees for the first time this side of 1950. 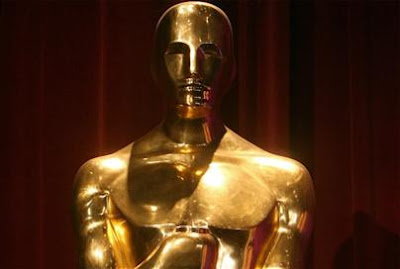 There are a lot of possibilities with the two biggest names of the moment the populist favorites The Hangover and The Blind Side. I don't see either of them getting in and I personally believe that box-office returns are a bit overrated in terms of what the Academy will pick.

There are also some sci-fi summer flicks that are vying to get in with District 9 and Star Trek. After much deliberation today, I'm firmly rooted in the belief that the former has political/social importance on its side. Anyway, enough of me, here we go with the predictions.