Patrice Chereau's Persecution, a drama starring Romaine Duris and Charlotte Gainsbourg about a couple in a severely contested and strained relationship, just screened to mostly mixed/negative reviews in Venice.

In Contention's Guy Lodge called it "a frustrating melange of relationship studies, both dramatically under-nourished and theoretically over-explicated," while Variety's Leslie Felperin was even harsher, describing it as "a sketchily drawn, dramatically thin work," that will leave many viewers "likely to feel frustrated".

I'll tell you what would ruin it for me: Charlotte Gainsbourg's frail, sickly frame and her stretched-to-oblivion lips. Throw in the fact that Gainsbourg consistently plays female counterparts in stressed, unhealthy relationships (I'm Not There, 21 Grams, Antichrist) and I'm out. 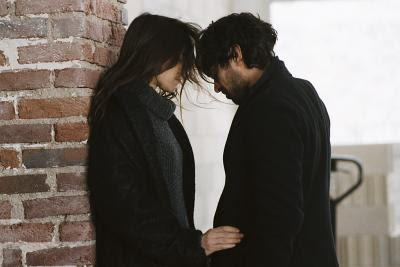