Jon Amiel's Creation, the opening film of the Toronto International Film Festival (premiering Thursday night) has been getting generally warm remarks. The film chronicles the life of Charles Darwin (Paul Bettany) just before publication of his radical evolutionary theories. However, most describe it as focusing primarily on his relationship with his family, including his wife, Emma played by Jennifer Connelly.
Creation is based on the book "Annie's Box", written by Randal Keynes, the great grandson of Charles Darwin. As of this moment, it has no U.S. distributor -- at least I can't find one -- but surely that will change in the coming weeks. 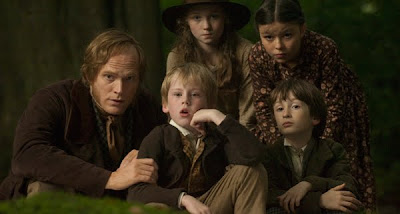