Tapley Lays Down for "The Lovely Bones"

"Oscar season is where good films go to die," says AwardsDaily's Sasha Stone, and InContention's Kris Tapley agrees.
"...from where I sit, and speaking solely for myself, the initial quality-assessors of the industry have twisted their roles as measured, considerate analysts into something resembling auctioneers, barking verdicts and moving to the next. And this time of year, it seems the desire to offer that judgment first has murdered many a season’s darling." 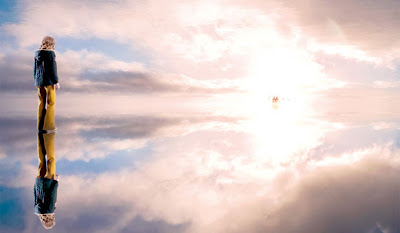 "This year's victim, as I see it, is Peter Jackson's meticulously-crafted masterwork, The Lovely Bones."
He goes on to say, "Alice Sebold’s work on the page could have yielded any number of boring, sluggish and slavish adaptations. It is frankly not the most compelling piece of literature as it is. What it did yield was a cinematic depiction unlike anything you’ve ever seen. And when one gets over the stomach-turning notion that there are those who actually would have preferred a more graphic interpretation of Susie Salmon’s fate, one comes to understand how absolutely insulting that is to the filmmaker."
I'm also starting to believe that those who have read the book are disappointed with the film and those who have not read the book (Tapley, Poland) are in favor of it. Nevertheless, this went, for me, from, "eh, it's supposed to suck" to "welll, really interested now."
Posted by Chase Kahn at 6:54 PM