The fact that James Cameron's Avatar made $16 million on Tuesday, which is what it made the day prior and moves its to-date cume to $109 million in 5 days, is just the icing on the cake that this is a beast of a movie and undoubtedly your #1 Oscar contender as of this moment. 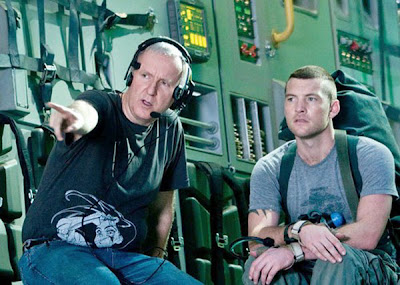 The $77 million opening (Friday-Sunday) is nice, but pulling in that kind of dough the following week and showing no signs of slowing down heading into the holiday break signals money for 20th Century Fox and trouble for the competitors. Don't think the Warner Bros. guys aren't shaking in their boots - Sherlock Holmes has some stiff competition on its hands this weekend.
Of course, I still don't get it. Avatar is a technical marvel and a soothing visual CG-bath, but it doens't register anywhere else, and in fact, is elementary and fatally faulty in many aspects, starting with Cameron's age-old screenplay. Get ready for it, though. Avatar is no Titanic (let's hope not anyway), but it's a runaway freight train heading for the promiseland.
Posted by Chase Kahn at 3:25 PM