It's always fun when Criterion announces their monthly releases and today is no different. Now the majority of the March releases are catalogue Crtierion titles revisited for high-def treatment, but Terrence Malick's Days of Heaven ('78)and Akira Kurosawa's Sanjuro ('62) and Yojimbo ('61) are almost too good to pass up, even if you own them on DVD. 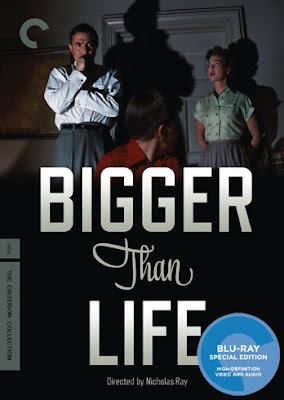 Among new releases to the Criterion Collection are Nicolas Ray's Bigger Than Life ('56) starring James Mason as an addict shot in Cinemascope (who can turn down Nicolas Ray?). And lastly, a DVD-only release of Marco Ferreri's Dillinger is Dead ('69), an apparently surrealistic Italian film that frankly, I've never heard of, but the cover art is gorgeous.
Posted by Chase Kahn at 11:01 AM