Gary Cooper is used and abused by those conniving upper-crust aristocrats again in Frank Capra's Meet John Doe (1940). As a homeless baseball player who is thrust into the limelight by a major news publication, Capra is out once again to prove to us that morals and common decency always win out in the face of rapacity and corruption. 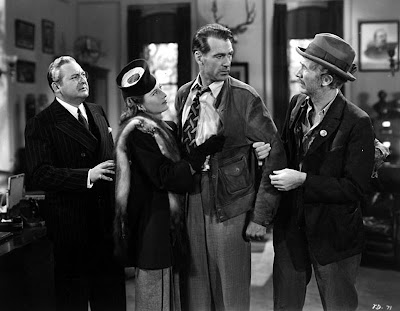 Perhaps the most egregious blunder of the film is that it fails to tell its overly familiar story in under two hours, drawing out and expanding upon scenes that we've seen from the director before.

The ending (or rather the indecision) of Meet John Doe is well-documented. Supposedly Capra and Warner Bros. had five different endings attached to five different test screenings around the country. Needless to say, the most tidy and friendly of outcomes is what we're left with.
Posted by Chase Kahn at 11:58 AM