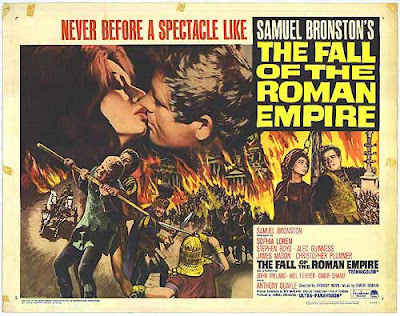 With the Frank Capra Marathon very much over and done with as of today (between you and me, I feel extremely relieved), the next categorized viewing-and-reviewing schedule will revolve around epics!

The definition of an epic is something "of unusually great size or extent," and to elaborate in regards to the film medium, an epic is identified as a long, ambitiously-produced large-scale drama, usually spanning a wide period of time and set during a notable historic event or conflict.

Once again, as was the case with the Frank Capra marathon, I'm only reviewing films that I have not seen previously - in this case, my ignorance is a saving grace, as I very much look forward to watching these gargantuan films for the first time and sharing it with you.

A definitive schedule cannot be pinned down due to sketchy availability, but this is the final list of films to be covered. (Ordered chronologically):