The early word on Peter Jackson's The Lovely Bones (Paramount, 12.11.09) was that it was in a bit of trouble (i.e. embargo-ignorant dissers and disinterested responses), but I'm sensing that with David Poland's surprisingly upbeat response posted yesterday, in addition to InContention's Kris Tapley raving about it over the weekend, that it's certainly going to be a divisive film - but one with a fair amount of believers in its corner when all is said and done. 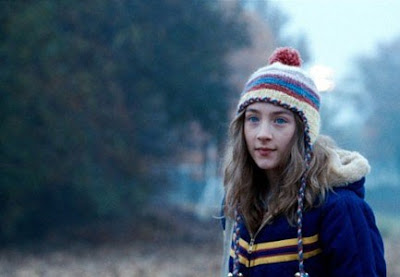 Poland was even inspired enough to write a smackdown of every critic who inappropriately compares a film to its source material or vice-versa. I agree with every word of it. This isn't to say that the negative reviews have gone away - they're still there - but maybe there's some hope for it. After all, I pretty much had written the movie off last week.
Posted by Chase Kahn at 4:36 PM