The Fat Kid at Kickball

Alejandro Amenabar's Agora, a lavish Roman-Egypt period piece and star role for Rachel Weisz, still doesn't have a U.S. distributor and its window for a release late this year has pretty much completely been taken off the table. So what's the deal? No one wants to take this on for a measly $3-4 million or so -- likely less?
If it were given a platform release in late November into early December, I bet it would pick up some steam, especially if Rachel Weisz's performance is as good as some have said coming out of Cannes or Toronto. Now, if a deal goes through, it would likely be release Q1 or Q2 of next year, but let's be realistic, this thing looks like it's going straight to DVD. Sad. 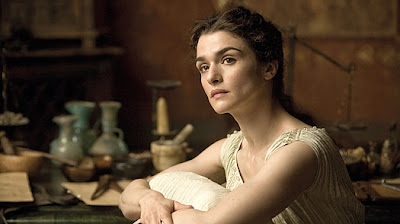