John Huston made this juicy melodrama, In This Our Life ('42) for Warner Brothers after the success of his acclaimed debut The Maltest Falcon ('41). It's a blatantly different film for the director in that it bears all the marks of a William Wyler or Edmund Goulding potboiler with its female-dominant cast and Max Steiner musical cues.
Bette Davis plays her usual Jezebel anti-lady, this time with excessive and gratuitous flamboyancy and greed - as such is required for the character of Stanley Kingsmill, a befuddling and selfish daughter of a dwindling former factory owner and sister to the graceful and moralistic Roy (Olivia de Havilland). 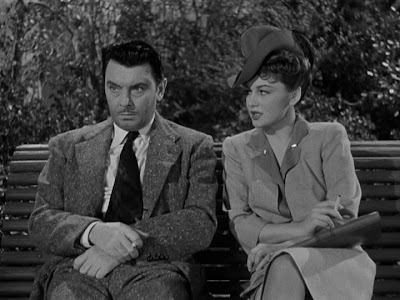 The film is basically about this simple fact that Stanley is a wreckless, wretched and confused soul who seems bent on destroying those around her, whether she means it or not, until she can attain happiness or a suitor for her unquenchable lust for money and possessions.
For me, Davis has never been better than in William Wyler's Jezebel ('38), or at least in the opening 40 minutes or so before it turns slightly off course and becomes a bit too saintly and reverent of a film. She's never been captured as so cruely attractive in that red dress, tight-lipped way than in those opening scenes.
In This Our Life ('42) sees her in more of a crazed, maniacal and one-note performance, which is not an indictment at all, just a simple statement of fact and one of the reasons why the film doesn't completely work.
Holding it together is Olivia de Havilland, easily my favorite actress of the early studio system along with her sister, Joan Fontaine, Ingrid Bergman, Bette Davis and Vivien Leigh. Throughout the 40's, after the famous de Havilland decision, in which the strong-willed actress fought on behalf of the Screen Actors Guild to gain rights over the studios when casting for productions, de Havilland seemed to be determined to erase her stereotype as a damsel-in-distress opposite Errol Flynn in the late 30's.
With roles in In This Our Life ('42), The Snake Pit ('48) and The Heiress ('49), see did just that - winning two Academy Awards in a four-year stretch. 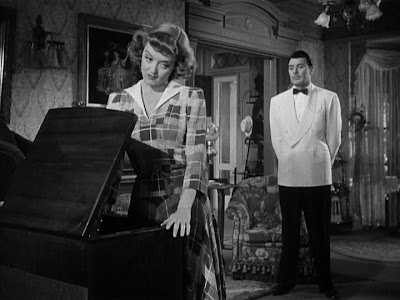