Yesterday my originally planned 10:40am showing of The King's Speech was cancelled - not by me, but by the Angelika Film Center in Dallas - who said that the prints had not arrived on time due to inclement weather up North - Chicago, in fact.
-
It was certainly a new one by me, but luckily I ended up squeezing it in yesterday, along with The Fighter and Tron: Legacy.
-
While there, I found these buttons which are a brilliant marketing ploy by Fox Searchlight that just might be a month too late. The buttons read: "I kept my eyes open for 127 Hours". Now this is how you turn a negative into a positive. I've already seen banner ads on Oscar blogs with this same tagline on it. 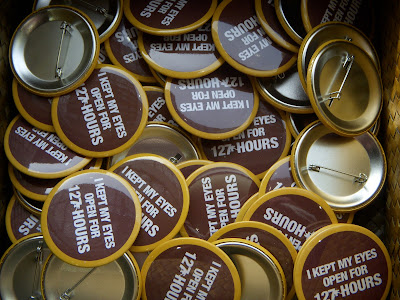 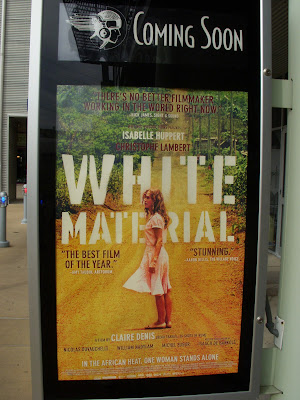